Ready for one more safe Travel! 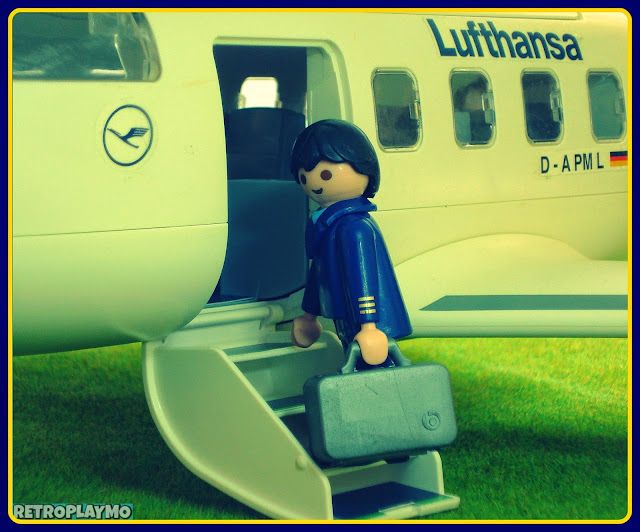 An Aircraft Pilot or Aviator is a person who actively and directly operates the directional flight controls of an aircraft while it is in flight. While other members of a flight crew such as flight engineer, navigator, or any other person involved in the direct flight operations of an aircraft
(whether it be a fixed wing airplane, rotary-wing, powered, or unpowered),
are also considered "aviators", they are not pilots and do not command a flight or aircraft.
Aircrew who are not involved in operating the aircraft's flight systems
(such as cabin attendants and mechanics)
as well as ground crew are not generally classified as aviators.

In recognition of the pilots' qualifications and responsibilities, most militaries and many airlines worldwide award aviator badges to their pilots, as well as other air crews.
This includes naval Aviators.

Civilian pilots fly aircraft of all types privately for pleasure, charity, or in pursuance of a business, and/or commercially for non-scheduled (charter) and scheduled passenger and cargo air carriers (airlines), corporate aviation, agriculture (crop dusting, etc.), forest fire control, law enforcement, etc. When flying for an airline, Pilots are usually referred to as Airline Pilots,
with the Pilot in command often referred to as the Captain.

Gerardus Mercator was a cartographer, philosopher and mathematician.
He is best known for his work in cartography, in particular the world map of 1569 based on a new projection which represented sailing courses of constant bearing as straight lines.
He was the first to use the term "Atlas" for a collection of maps. 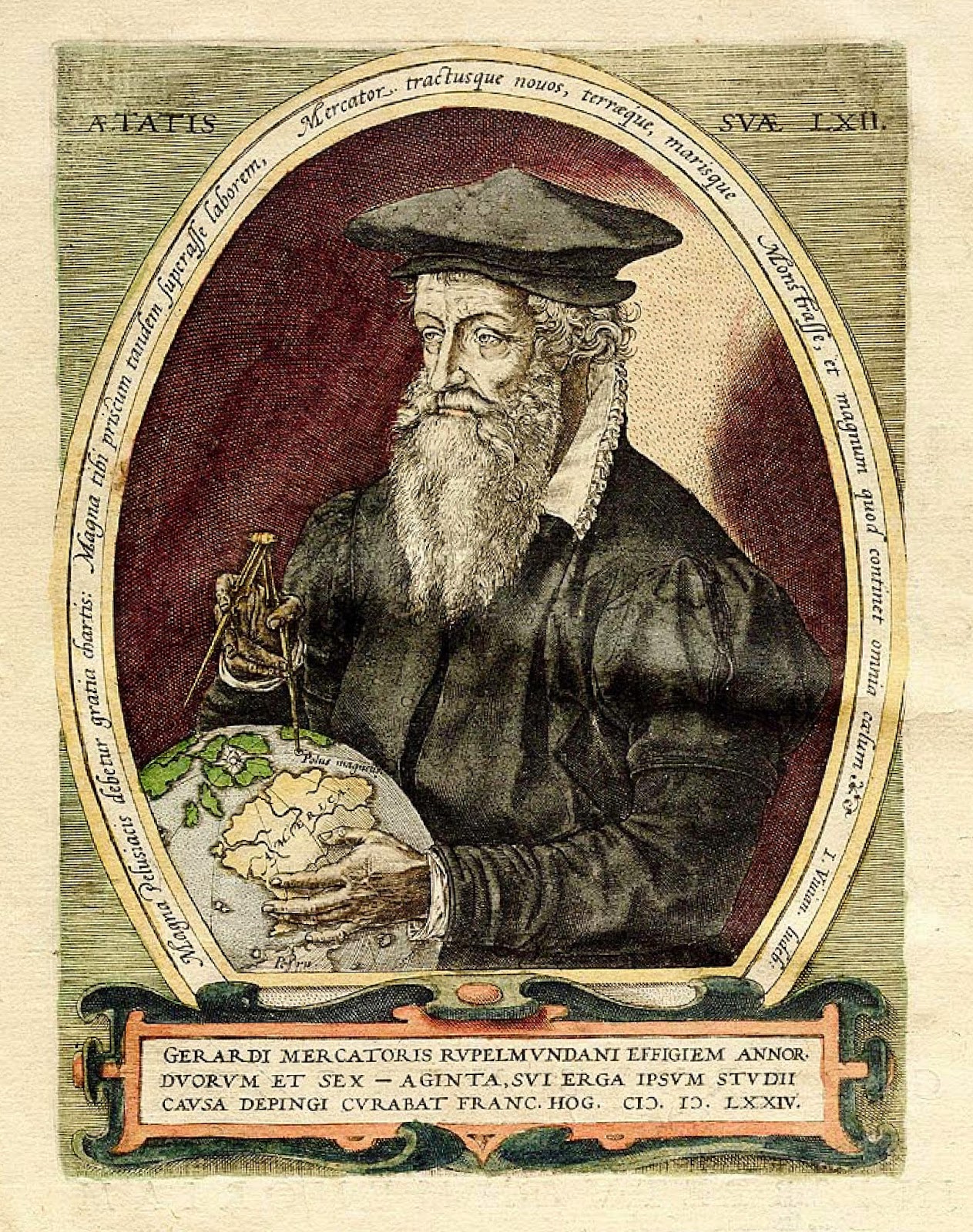 Mercator was born in the town of Rupelmonde where he was named Gerard de Kremer or de Cremer. He was raised in Gangelt in the Duchy of Jülich, the home town of his parents. Mercator is the Latinized form of his name which means "merchant". He was educated in 's-Hertogenbosch by the famous humanist Macropedius and at the University of Leuven (both in the historical Duchy of Brabant). Despite Mercator's fame as a cartographer, his main source of income came through his craftsmanship of mathematical instruments. In Leuven, he worked with Gemma Frisius and Gaspar Van Der Heyden (Gaspar Myrica) from 1535 to 1536 to construct a terrestrial globe, although the role of Mercator in the project was not primarily as a cartographer, but rather as a highly skilled engraver of brass plates. Mercator's own independent map-making began only when he produced a map of Palestine in 1537; this map was followed by another—a map of the world (1538) – and a map of the County of Flanders (1540). During this period he learned Italic script because it was the most suitable type of script for copper engraving of maps. He wrote the first instruction book of Italic script published in northern Europe.

Mercator was charged with heresy in 1544, on the basis of his sympathy
for Protestant beliefs and suspicions about his frequent travels.
He was in prison for seven months before the charges were dropped—possibly because of intervention from the university authorities.Terrestrial globe by Mercator dating from 1541.
It is now in the museum collection of the Palazzo Ducale in Urbania, Italy,
and is one of about 22 existing Mercator globes.

In 1552, he moved to Duisburg, one of the major cities in the Duchy of Cleves, and opened a cartographic workshop where he completed a six-panel map of Europe in 1554.
He worked also as a surveyor for the city. His motives for moving to Duisburg are not clear.
Mercator might have left Flanders for religious reasons or because he was informed of plans to found a university. He taught mathematics at the academic college of Duisburg.
In 1564, after producing several maps, he was appointed court cosmographer to Wilhelm, Duke of Jülich-Cleves-Berg. In 1569, he devised a new projection for a nautical chart which had vertical lines of longitude, spaced evenly, so that sailing courses of constant bearing were represented as straight lines (loxodromes). 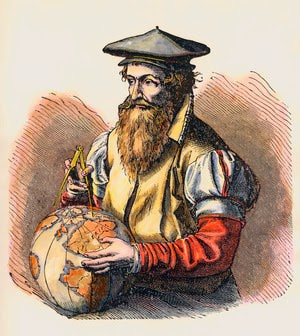 Mercator took the word atlas to describe a collection of maps, and encouraged Abraham Ortelius to compile the first modern world atlas – Theatrum Orbis Terrarum – in 1570.
He produced his own atlas in a number of parts, the first of which was published in 1578
and consisted of corrected versions of the maps of Ptolemy
(though introducing a number of new errors).
Maps of France, Germany and the Netherlands were added in 1585
and of the Balkans and Greece in 1588.
Further maps were published by Mercator's son, Rumold Mercator,
in 1595 after the death of his father.

Mercator learnt globe making from Gemma Frisius,
and went on to become the leading European globe maker of the age.
Twenty-two pairs of his globes (terrestrial globe and matching celestial globe) have survived.

Following his move to Duisburg, Mercator never left the city and died there,
a respected and wealthy citizen.
The Mercator World Map of 1569 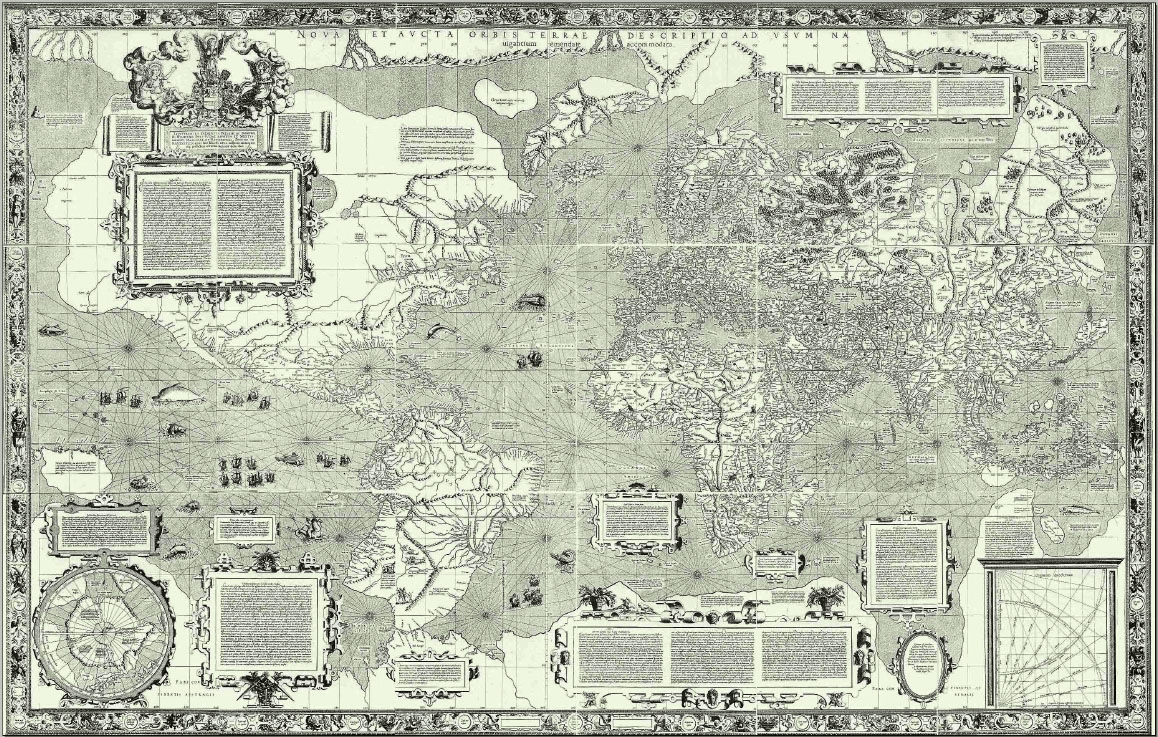 The title shows that Gerardus Mercator aimed to present contemporary knowledge of the geography of the world and at the same time 'correct' the chart to be more useful to sailors.

Here's my custom for Gerardus Mercator... 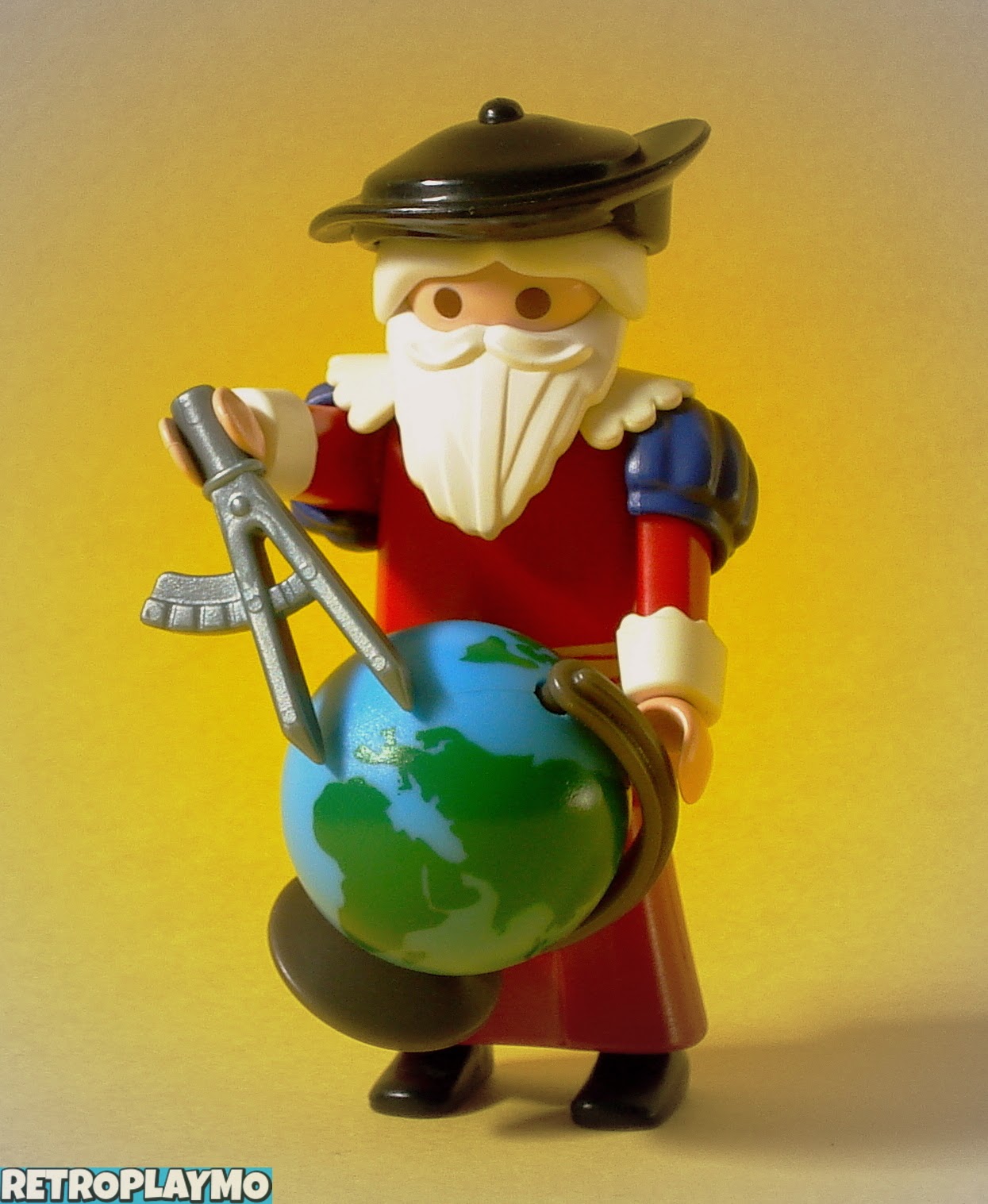