A few days ago (last Wednesday)
PLAYMOBIL head Horst Brandstätter died on 3 June 2015 at the age of 81 years,
only a few weeks before his 82 birthday. 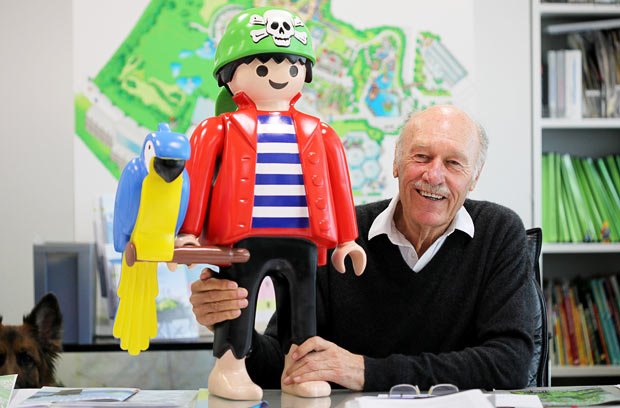 Horst Brandstätter, born on 27 June 1933, was the sole owner of geobra Brandstätter Stiftung & Co. KG in Zirndorf in Bavaria, manufacturer of the toy classic PLAYMOBIL. He was one of the most distinguished personalities of Germany’s toy industry. The success of his more than 60-year entrepreneurial commitment was mainly due to his ability to identify future economic and social developments and to set the path of his company accordingly.


As early as the 1950s he realised that the future of toy manufacturing was no longer in metal products but in plastic, and he restructured the entire facility of the family company. In the early 1970s Horst Brandstätter requested his master mould-maker Hans Beck (1929 – 2009) to develop an entirely new toy system: PLAYMOBIL was born.


In 1993 Brandstätter was awarded the Cross of Merit on Ribbon of the Federal Republic of Germany for his exceptional achievements and social commitment. He has been an honorary citizen of his hometown of Zirndorf since 1997. The German Corporate Consultant Organization named him “Manager of the Year” in 1999. In 2003 he received the Bavarian Order of Merit, in 2008 the Cross of Merit First Class of the Federal Republic of Germany, and he became an honorary citizen of Dietenhofen, the location of the largest PLAYMOBIL production facility, in 2013. He also achieved international recognition: The North American Toy Industry Association inducted him into its Hall of Fame in 2014 – the first ever German toy manufacturer.


Horst Brandstätter would have celebrated his 82nd birthday on 27 June 2015.